About Mars Breslow, the Photographer 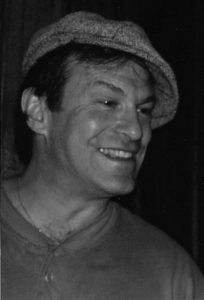 Mars Breslow is a gifted photographer who has made a career out of something he loves–jazz. Over the decades, this jazz photographer has taken pictures of thousands of musicians in venues from concerts to clubs to festivals in San Francisco, the United States, and Europe.

One of his most acclaimed photos is that of jazz legend Oscar Peterson performing at Carnegie Hall in New York City. Featured in the September 1999 issue of Jazz Now magazine, that picture is accompanied by Mars’ review of the concert.

On May 18, 1999, Mars took one of his most famous photos–Bay Area Giants of Jazz. He brought together 167 veteran jazz musicians for a photograph on the steps of City Hall in San Francisco. He took his inspiration from the 1958 image A Great Day in Harlem, taken by Art Kane, and featuring legendary jazz musicians of the day on the steps of a New York apartment building.

Over the years, his images have appeared in noted jazz magazines, including Downbeat, Jazz Now, and Jazziz. His work has graced the walls of jazz clubs in New York, as well as the Bay Area, including Yoshi’s, Storyville, Pier 23 and Jazz at Pearl’s.

Jazzography-Profiles of Regional Jazz Musicians Who Perform in San Francisco.
Larkdale Press, 2000.
Available in the San Jose and San Francisco public libraries, as well as select book and record stores.

Contact Mars Breslow Jazz Photographs today for photos of your jazz favorites in concert. Based in San Francisco, California, Mars offers his services and products worldwide.